You are here: Home / The People-English pages-

Activities of the Nonprofit Organization “The People”

Since 1990, we have been conducting activities mainly in Iwaki, Fukushima in order to resolve issues in the community. These activities include: environmental preservation by recycling old clothes; international aid activities in Thailand and Micronesia (including grassroots technical support activities with the Japan International Cooperation Agency, otherwise known as JICA); disaster relief for those affected by the Great East Japan Earthquake; agricultural revitalization through the Fukushima Organic Cotton Project; community awareness programs and more.

After the Great East Japan Earthquake, this region in particular saw a drastic increase in residents living in poverty. In response, we launched the Food Bank Iwaki in 2018 which also functions as a consultation center for these people. 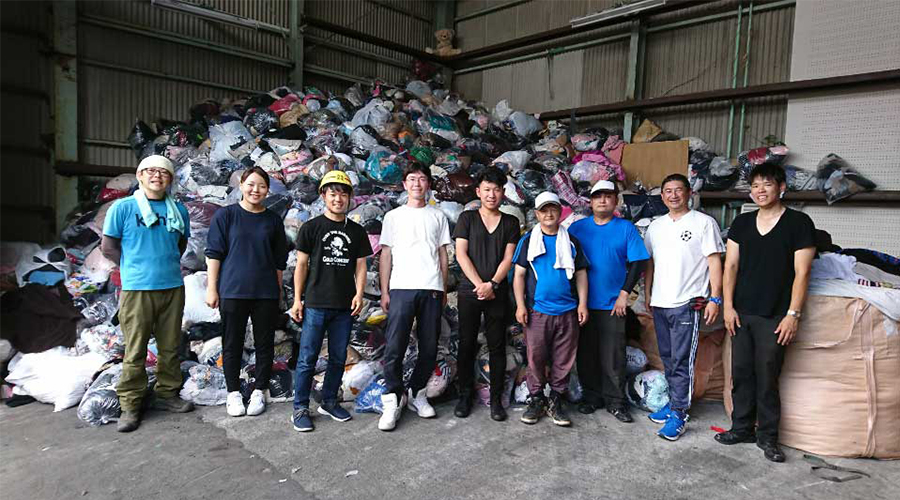 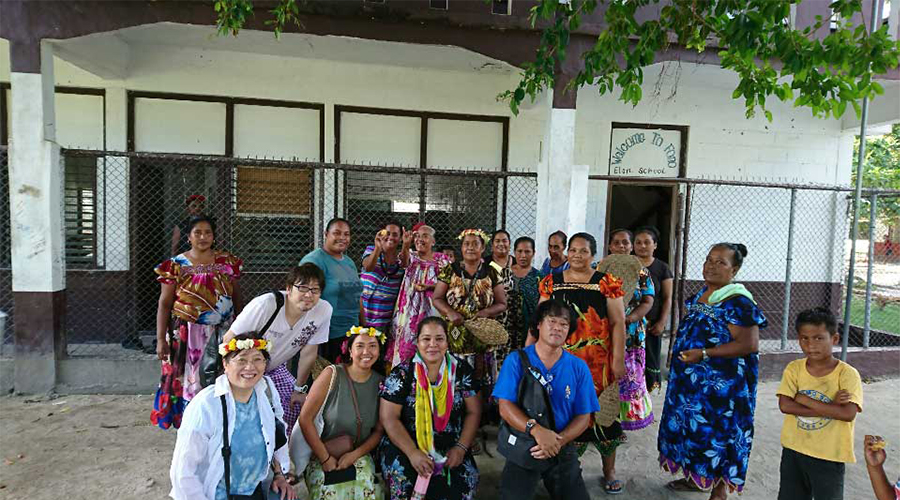 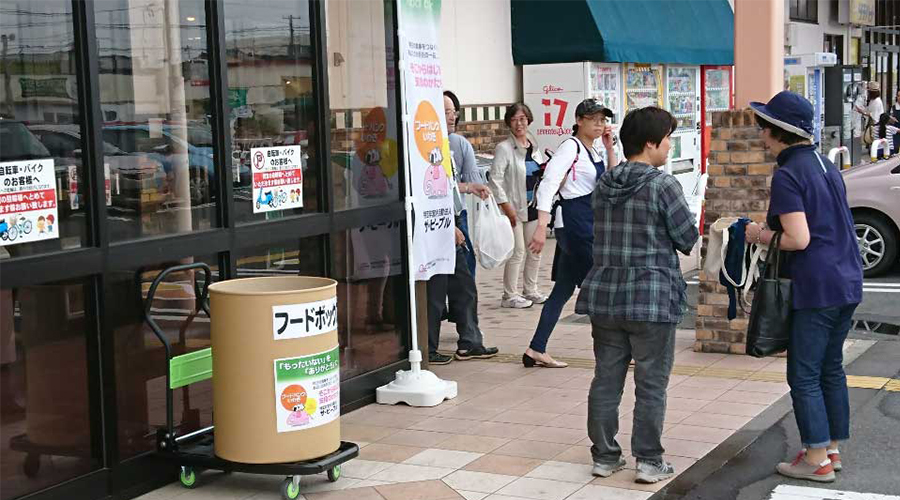 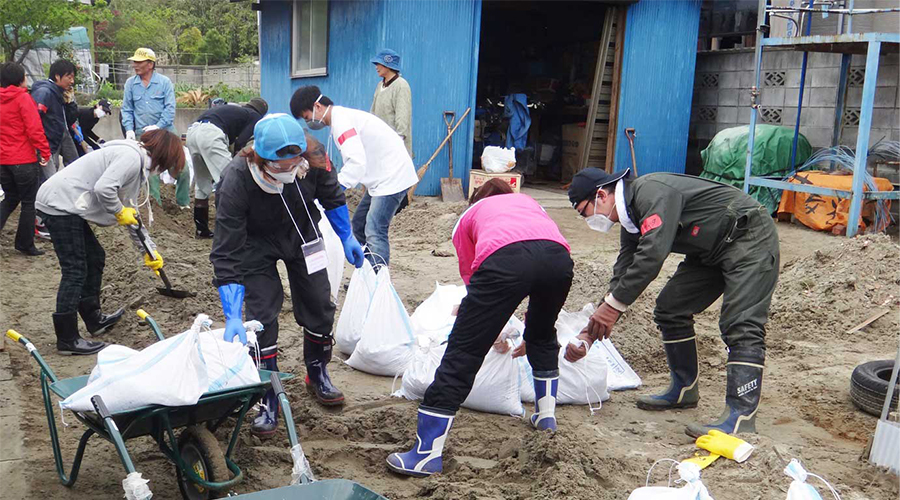 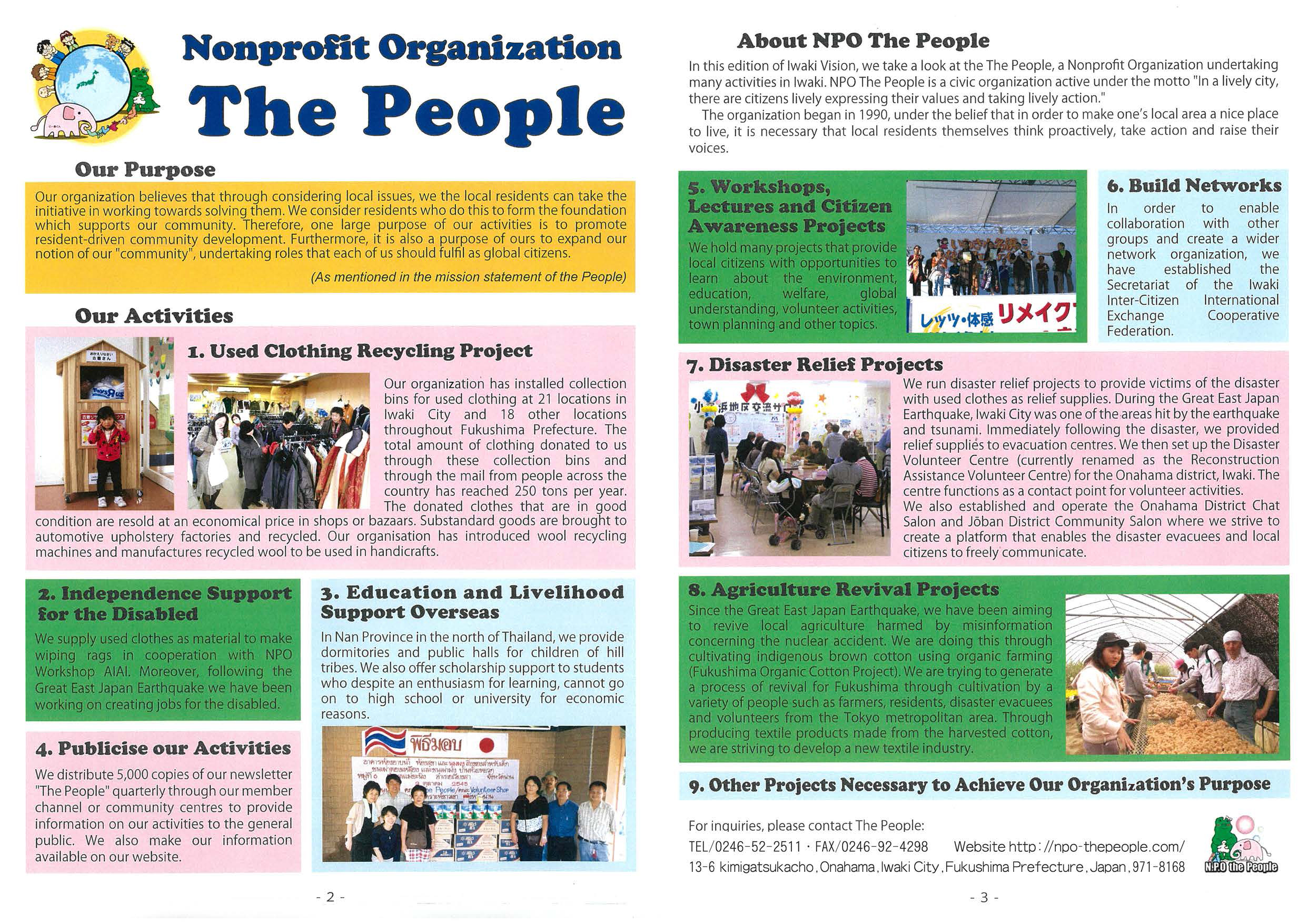 Due to the Great East Japan Earthquake including the combination of unprecedented disasters—earthquakes, tsunamis, radioactive contamination and reputational damage— the agriculture in Fukushima faced difficulty. Before being hit by these disasters, Fukushima played the role of supplying food to the Tokyo metropolitan area, despite the amount of abandoned cultivated land getting larger and the increasing aging of agricultural labor. Since the earthquake of March 2011, it goes without saying that it had been extremely hard for farmers in Fukushima to continue their work. Fukushima-grown products have suffered a decrease in sales due to the reputational damage associated with the fear of radiation effects. This disaster also caused one hundred-fifty thousand residents of Fukushima to be forced into shelter homes upon evacuation.

In order to rectify the situation, we started Fukushima Organic Cotton Project in 2012 with the hope that it would overcome these predicaments. Indeed, over the years we have been recovering from these harrowing situations, and people seem to be forgetting these memories. However, we would like to continue to tell our messages that we do not let the hardships caused by the 2011 Great East Japan  Earthquake completely forgotten.

The purpose of our project is to create vibrancy and jobs in our community followed by rebooting Fukushima’s agriculture. To achieve this, we created a business model to manufacture products using the harvested organic cotton which is inedible, has high salt-tolerance and, most importantly, has low transfer coefficient of radioactive materials. This will support Fukushima’s post-disaster reconstruction. Many people will join this project and establish vital connections as well as enjoy all things, encouraging unity through rebuilding. Fukushima Organic Cotton Project is moves through the citizen’s participation.

Our first action for this project was the collaboration between our organization and avanti Co., Ltd. Avanti Co., Ltd is a private corporation leading in the Japanese organic cotton business field. The reason why we have decided to undertake this project was because we believe “We should spread organic cotton farming from Fukushima just because that is it what we can do in Fukushima!”

We then started to cultivate brown cotton seeds ーa native but rare Japanese speciesー without using chemical fertilizers, herbicides, and defoliants.

This hugely contrasts the world’s main mode of agriculture, using chemical fertilizers, herbicides, and defoliants which is environmentally unfriendly and overall unhealthy. Because people improved these cultivation conditions, there has been a recent demand for organic cotton in developed countries. However, Japan is not yet fully aware of its value. This project is a chance to spread cultivation and use of the organic cotton all over Japan starting in Fukushima, where the nuclear accident has caused much negativity on the environment and the public perception.

We still need help from our people. Growing organic cotton is not only uncommon in Japan but it also requires enough man power to cultivate it. Since 2012, over 27,000 people from across the country have visited our farms and lent helping hands. Some were cultivating cotton in Iwaki, evacuation district.

Others were in Futaba which was evacuated due to the radiation accident. We have been expanding the planting area from Iwaki to Minamisoma in the coastal area of Fukushima.

In fiscal year 2012, the yield was only 100kg ( including seeds) in 1.5 hectares. Since then, we improved our cultivation skill little by little, following some experts’ advice and setting up a uniform method. In the 2016 fiscal year, cotton yields reached 1t in 2.6 hectares. There is difficulty in maintaining a constant harvest at a set amount of cotton per year since cultivating cotton is weather dependent.

Our first product of the harvested cotton was “Cotton Babes” with cotton seeds. This was not just a business but it also led to societal connections and development in Fukushima through planting and growing organic cotton. At the same time, we created industrial fiber to make new products such as T-shirts, Tenugui (Japanese hand towel) and handkerchiefs, by spinning 10% brown cotton and 90% imported white organic cotton. The local women also began to produce spin thread and produced items with it. These accomplishments represent the growing manufacturing model that started with citizens, which are close to being completed. We are receiving endless supports from all over the country. The seeds sown in 2012 sprouted into a “Reborn Fukushima”. 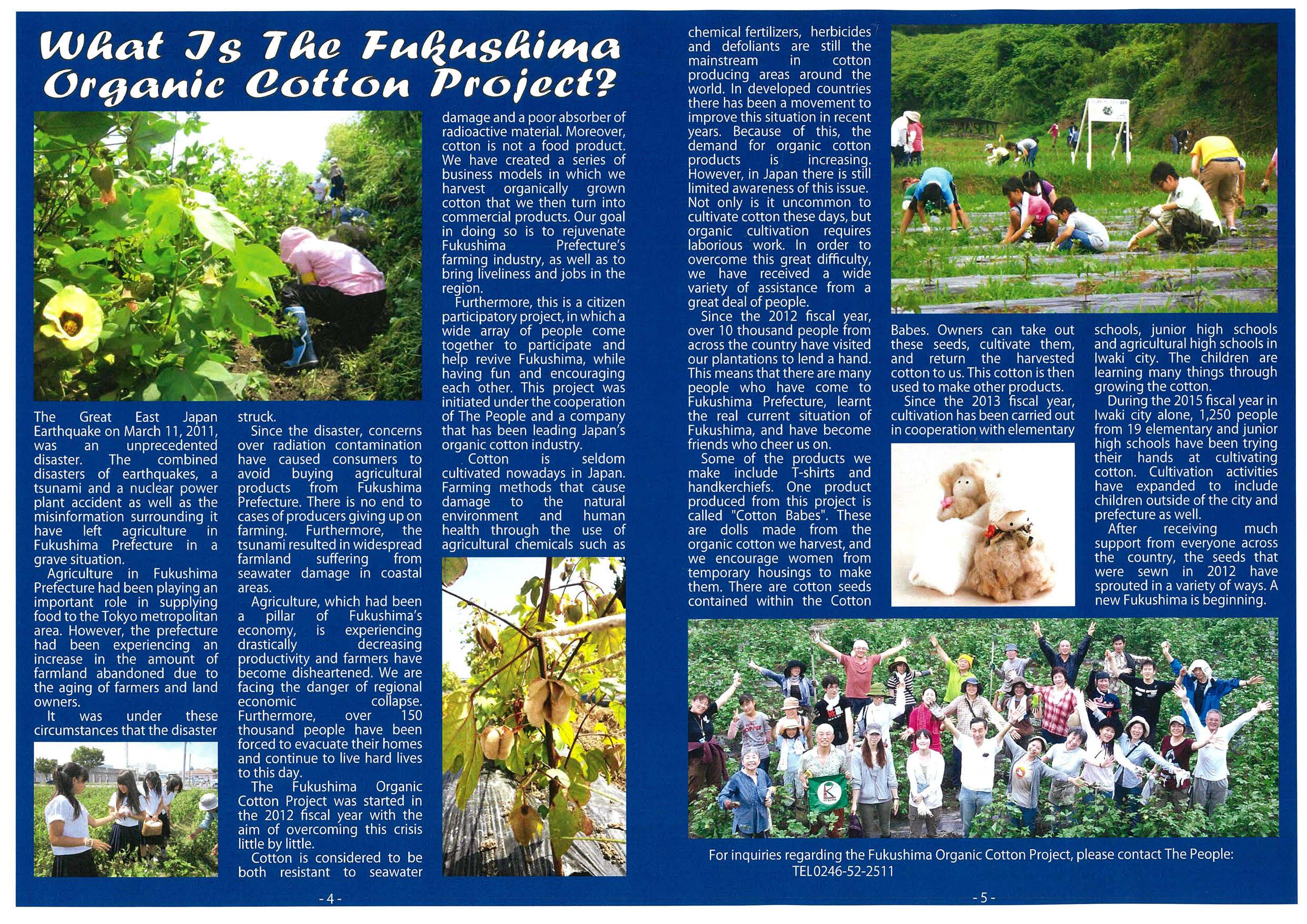 To increase awareness of this project overseas, we invited some foreign exchange students who were studying in Japan in 2019 to Fukushima to take part in an excursion of the coastal region of Fukushima. We had them learn about the current state of the region first-hand and asked them to share their experiences in their languages. (Grant Program supported by the Japan Fund for Global Environment)

In addition to seeing the current state of the areas affected by the earthquake, tsunami, and nuclear plant first-hand, participants also took part in agricultural immersion activities through the Fukushima Organic Cotton Project. 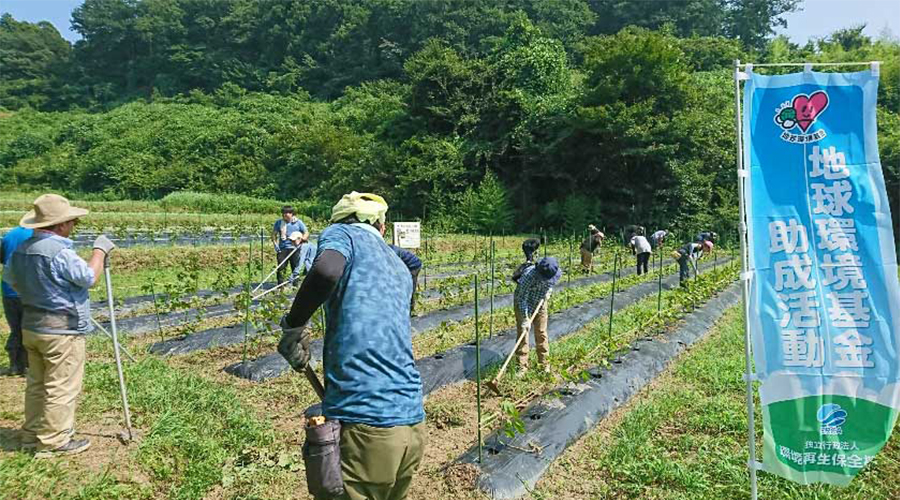 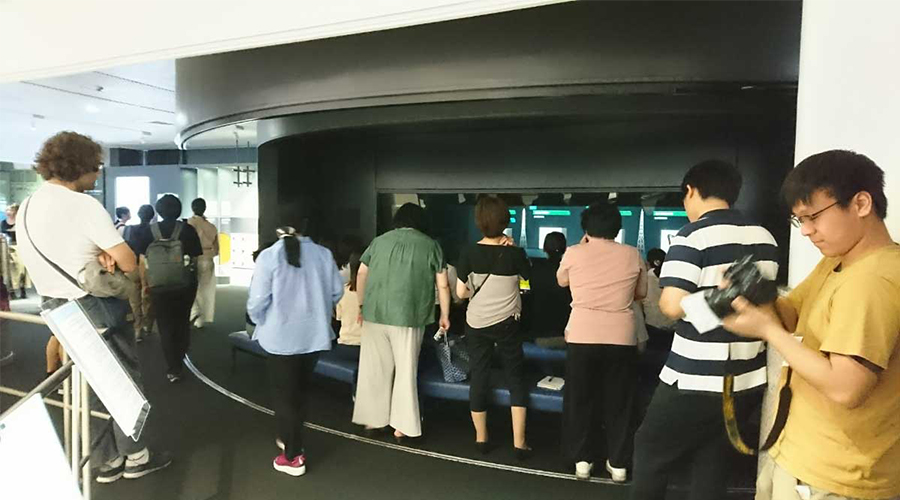 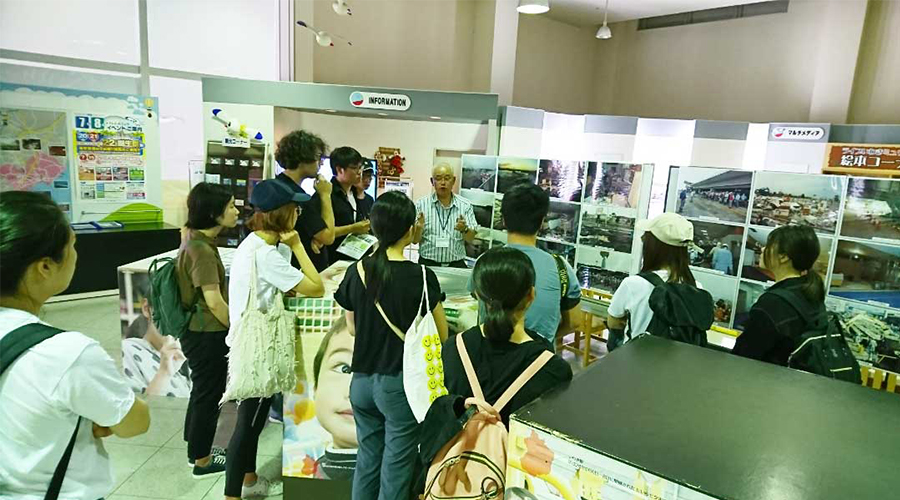 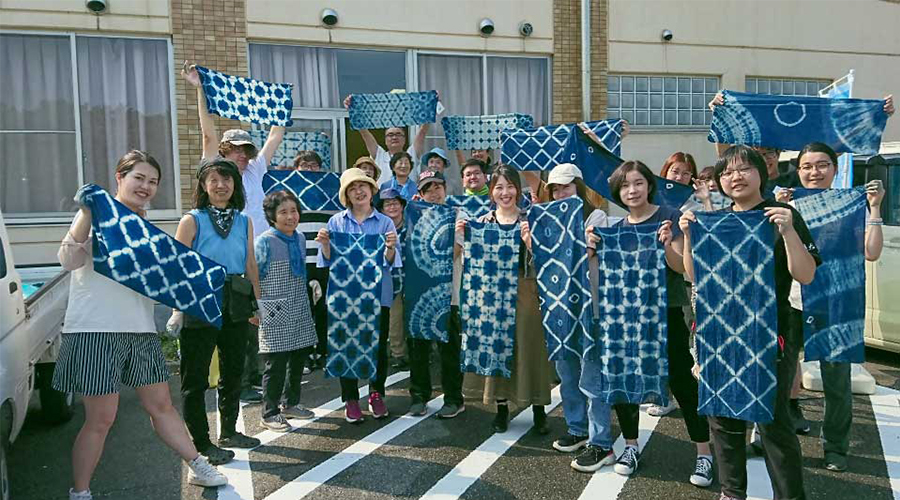 Until now, I had only seen Fukushima on TV or read about it on paper. This was the first time that I could set foot in Tohoku and see Fukushima with my own eyes.

Long time has passed since the earthquake, and the town was bustling with energy. The people that I met welcomed me with smiles, but I could tell that they were exhausted. They surely must bear an unimaginable amount of hardship on their shoulders. Despite this, I could feel their strong desire to liven up the town.

They also took us to several museums. I learned many new things, but what left the biggest impression on me was the unique atmosphere. This is something that you can only experience by actually going. Since we didn’t have enough time, I would like to go back again so that I can take my time to see everything.

Those two days were a very meaningful time for me. Having said that, I also think that two days are nowhere near enough time to fully understand the challenges that people in Fukushima are facing. (M.S)

I feel that through this experience to get to know the Hamadori region, my perception of Fukushima has changed and my perspective has expanded.

When I was in China, the image I had of Fukushima was formed through what I could see on TV or read in the newspaper. My only thoughts were that most of the residents of Fukushima had left the area and that the radiation levels were high after the Great East Japan Earthquake.  However, my impression of Fukushima changed after visiting.

On the first day, we went to a museum and saw how the extent of damage in Iwaki on 3.11 through photos and films which really brought the events to life for me. Meanwhile, radiation levels were measured using Geiger meters and it was said that most areas are as safe as anywhere else. However, I don’t think this information has been effectively conveyed outside of Fukushima. I think this has resulted in the people of Iwaki suffering from outside stigmatization.

After interacting with students from Higashi Nippon International University as well as with the owner of the inn that we stayed at, I walked away with a deeper understanding of the strong efforts of the people of Fukushima to make their hometown better despite the many challenges remaining. Their gratitude for the help that they have received from volunteers also left a strong impact on me.

These two days were very short, but I learned a lot from this experience and it was eye opening for me. The people of Fukushima were very hospitable and made these two days very worthwhile to me. Thank you so much for this wonderful opportunity.